We gathered yesterday for the first read of the final show of our season: THE CAKE by Bekah Brunstetter. We laughed, cried, and ate plenty of cake. We can't wait to share this heartbreaking, heart-healing story with you. THE CAKE runs from May 17 to June 8. Here are a few pictures from the read! 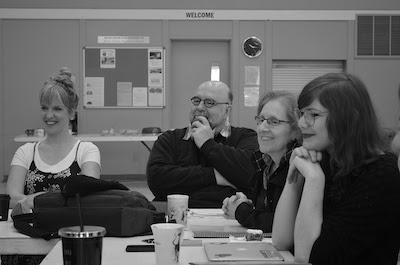 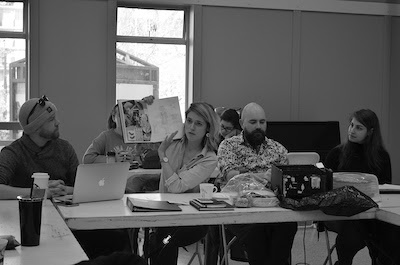 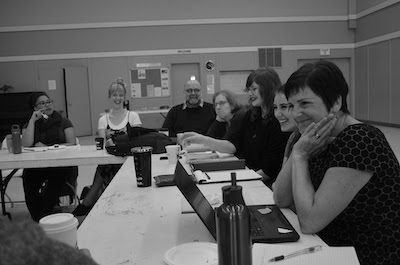 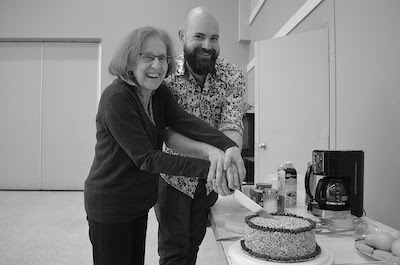 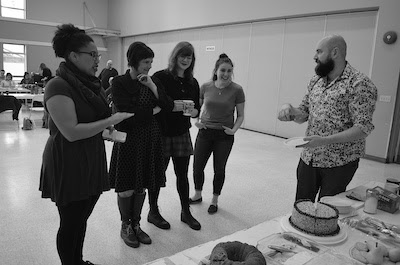 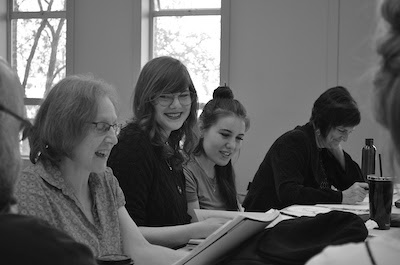 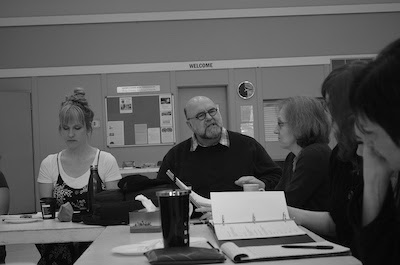 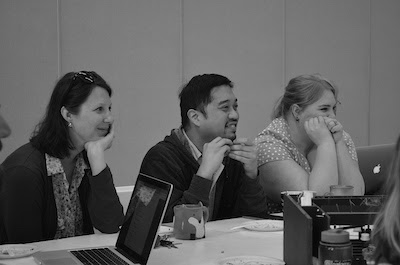 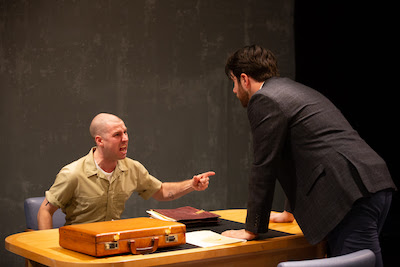 “[Kenton] Klassen is a revelation. His Mike wears a skin at once loathsome and charismatic, and strips it off in jagged, brittle layers."
- David Johnston

"This is a pressure cooker of a play: a two-hander in the intimate setting of Pacific Theatre. A minimal set. No special effects. Just scorching interaction between Mike and Daniel."

"It’s impossible to walk away from Cherry Docs without questioning the state of one’s own intolerance."
-Jo Ledingham

"The fact that the play was written over 20 years ago dulls none of its incendiary actions; instead, it highlights its urgency and wisdom in a current climate of social unease.”
Danny Mak, The Georgia Straight

“Voth is powerful and convincing as the young lawyer […] Klassen portrays a skinhead with frightening clarity.”
- Lorraine Graves, The Richmond Sentinel

It's the day of our pay-what-you-can preview for CHERRY DOCS! We're so excited to share Cave Canem Productions' work with you. Keep reading to learn a bit about what draws Kenton and John about this challenging project. 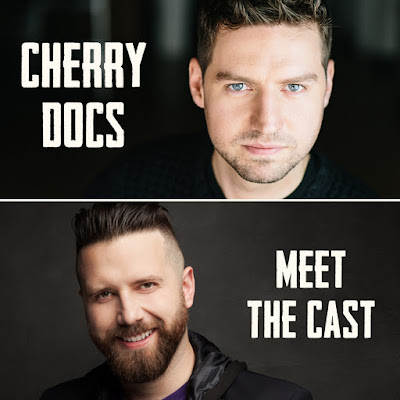 "I’m excited about the play because it’s not easy. It asks necessary questions: what is the effective answer to hate within a society? Is it possible for people whose evil is evident to change, and how can sustainable change come about?"

It's dress rehearsal day! Tomorrow audiences can catch a sneak-peak of CHERRY DOCS at our pay-what-you-can preview, and Friday we open! We couldn't be happier to share Cave Canem Productions' work with you. Read on to get to know some of the behind-the-scenes talent that has allowed this challenging show to come to life! 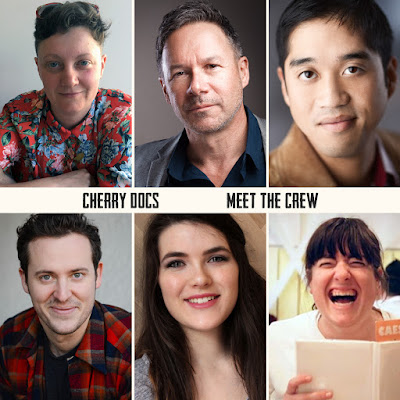 Sandy is delighted to be working on another project with Cave Canem, having designed the set for THE LONESOME WEST.

Richard is excited about "working with John and Kenton. Exploring the tension between justice and redemption. Finding out how this show is received by audiences 20 years after it was written."

"There's a little more creative control over the more stylized parts of the show than what I'm typically given that I'm excited to explore."

Matthew is designing for Cave Canem Productions for the second time, after tackling THE LONESOME WEST for them in 2017.

Maddie's exited by "the idea that there is good in everyone, if only it can be allowed to grow."

"This is my maiden theatre voyage! Everything is exciting."