We have an amazing cast for KIM'S CONVENIENCE! Here's a little more about them and how they connect with the story. 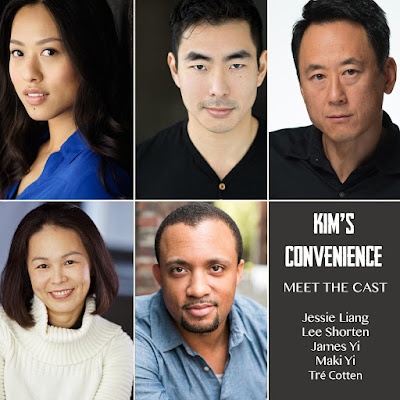 Jessie Liang - JANET: The similarities between my life and this play are endless, which makes this story so personal to me. Although I was born and raised in São Paulo, Brazil, my parent’s family immigrated to my home country over 40 years ago. My grandparents and their children were all business owners with hopes that all my cousins, my sister and I would someday become successful lawyers, doctors, or accountants. Much like Mr. Kim, my father sacrificed his own dreams to provide us with opportunities he never had himself. Lo and behold, my sister pursued music and I became an actress. All this to say that reading Choi’s script was like reading a play about my family, except it’s set in a different country and with a different ethnic background.

Lee Shorten - JUNG: It's a powerful play that explores family and culture, with humor and grace. Seriously, the ending still makes me cry. I'm always interested in telling inclusive stories and I'm excited to be working with our director, Kaitlin Williams.

James Yi - APPA: This show really makes me feel proud of my heritage but what excites me even more is that the theme of family and redemption resonates with people of all color and background.

Tré Cotten - VARIOUS: I’m exited to be working on this show because the story is so universal. Whether it be a convenience store, barbershop or coffee shop... we can all relate to it. There is a connection to family that speaks volumes, but it also addresses issues of businesses moving into a community and local businesses having to sacrifice because of that. The story gives a peak into the life of a family trying to keep there family traditions in tact while adjusting to the changing of times and settings. This is s shoe that speaks to the hope of families in a new country. I can relate to that as an African American because my culture is still in search of the roots that were once there before being brought to the United States. This show hits you in so many different areas and levels. Brave, brilliant and inclusive writing!
Posted by Andrea Loewen at 2:22 PM No comments:

Yesterday was the first read of KIM'S CONVENIENCE by Ins Choi! It was the perfect way to begin our 2018-2019 season, sharing laughter and tears with friends old and new. Here are some pics from the reading. 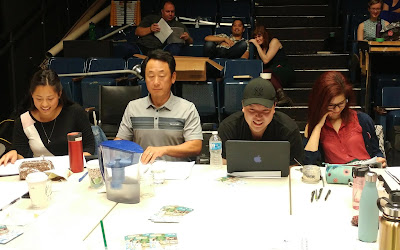 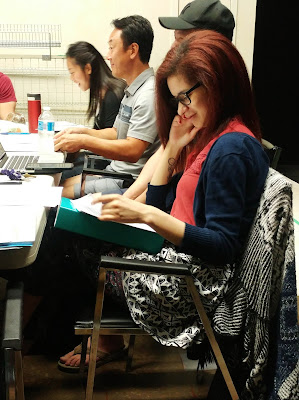 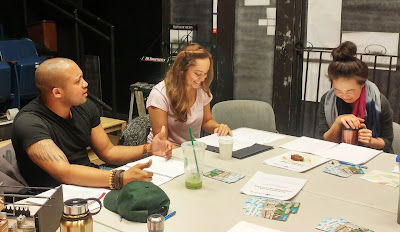 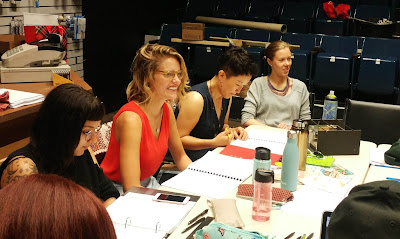 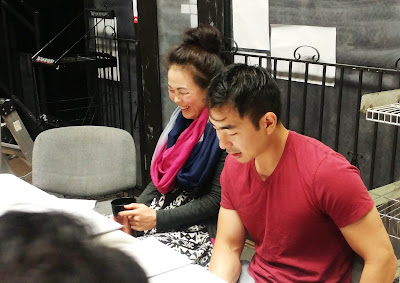 Posted by Andrea Loewen at 1:08 PM No comments:

This season we have FOUR apprentices, and last (but never least), we want to introduce an apprentice who may be a familiar to some of our PT community: Rick Colhoun! 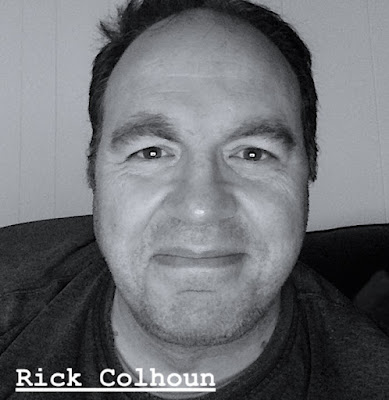 Rick has served as Music Director on shows including Christmas Presence, Hunger Games: The Musical and Holy Mo: A Christmas Show. Sound Design credits include Common Grace, It’s A Wonderful Life, A Christmas Carol, A Good Way Out, and The Christians. He wishes to thank his Family at home and his Pacific Theatre Family too. He is the world's oldest apprentice.

Learning how to tell great stories.

Really too many to list. Every time I'm lucky enough to be a part of a show I feel so blessed.

I'd buy you a green dress...but not a real green dress. That's cruel.
Posted by Andrea Loewen at 10:45 AM No comments:

Next up in our apprentice introductions, Kira Fondse! 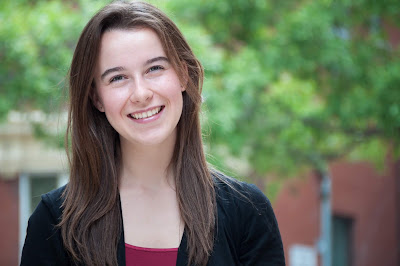 Kira is a storyteller through music and theatre from Winnipeg, Manitoba. She recently completed a Bachelor degree in Vocal Performance from the University of Manitoba, and frequently performs in musicals, operas and co ncerts. Kira desires to bring joy to people in Canada and around the world through the sharing of stories, art and culture, and she dreams of empowering young people to do the same. Kira is seeking new ways of starting conversations, asking difficult questions, and helping to speak out for those whose voices have been silenced. She cannot wait to discover and grow as an apprentice with Pacific Theatre this year.

Finishing my music degree, performing, teaching, and going for long walks when it's not 40 below.

Being immersed in theatre, challenging myself in new ways and learning from others.

Performing The Dream Catchers with the Charlottetown Festival's Young Company last summer, and taking the show on tour via bus from PEI to Vancouver Island. The people, the places, the adventures...it was an experience like no other, and an inspiring project to be a part of.

I think I'd split it up! Donate to local causes such as human trafficking awareness, pregnancy support centres and non-profit organizations such as the Tusarnaarniq Sivumut Association that provides musical instruments and training as positive creative outlets for Inuit youth in Nunavut.
Posted by Andrea Loewen at 10:00 AM No comments:

The next season apprentice we have to introduce you to is Shelby Wyminga - meet Shelby! 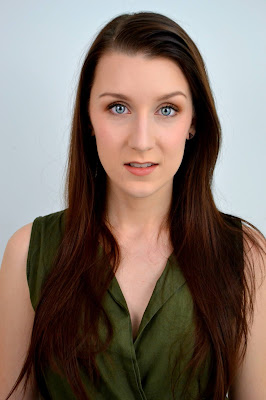 Shelby is a graduate of TWU's School of the Arts Media and Culture with a BFA in Theatre. Some recent acting credits include the role of Gloria in Shelby's original play It's A Glorious Wonderful Life (Vancouver Fringe), Ensemble in Still the Kettle Sings (Plan Z), Juliet in Romeo and Juliet (Shakespeare Canada), Lucy Steele in Sense and Sensibility (Metro), Feste in Twelfth Night (SAMC) and Bianca in The Taming of the Shrew (Stone's Throw). Recent design credits include The Miracle Worker (costumes, Gallery 7), Enchanted April (set, G7), and Frankenstein 1945 (costumes, Nebula). Shelby is unbelievably excited to dive into her apprenticeship at Pacific Theatre and plans to soak up every single opportunity to learn from the exceptional artists here. She is particularly drawn to Shakespeare, modern spins on classic tales, the supernatural and stories of heroic women, and she can't wait to see what new paths present themselves over the next year!

I've spent the last year going project to project acting, writing and designing both set and costume. When I'm not working on a show, I've been fulfilling my 6 year old self's dreams by working as a princess and superhero for a children's events company called Pacific Fairytales. I've also been working as the company's admin assistant so I spend a lot of time planning parties, styling wigs and fixing ballgowns!

I think I'm mostly looking forward to simply being around other theatre artists, constantly surrounded by creative energy and process. And of course I'm already going manic with ideas for the projects I want to work on. I'm both excited overwhelmed and by the freedom to just go wild and create while connecting with other emerging artists!

I can never pick just one favorite! I think one of my tops would doing William Gibson's The Butterfingers Angel while I was still in Uni. I played a super sassy, punked-out, traumatized version of Mary the Mother of Jesus. She made me face every single one of my biggest fears and to this date it's still one of the most challenging roles I've ever taken on. Other favorite would be touring high schools with Romeo and Juliet last year! Just a wonderful cast and an amazing opportunity to help kids discover a love of Shakespeare!

I don't know if this counts but I'm a HUGE Harry Potter nerd. My trivia knowledge is fierce and I'm a proud Slytherin!

I think some would go to my parents to help pay off their homes. Most would go to providing clean drinking water to Aboriginal communities. The reserve where I grew up has had high levels of arsenic in the tap water for years and nothing has ever been done to fix the problem. If I could somehow build a new system in even one community that would be something.
Posted by Andrea Loewen at 10:39 AM No comments: