web sales down until july 2

NOTICE: Because our fiscal year-end rolls over June 30-July 1, our web sales will be turned off for until Thursday, July 2nd.  Unfortunately this means that ticket sales and online donations will not be possible until then.

Sorry for the inconvenience, and thank you for your understanding!

Posted by Andrea Loewen at 4:54 PM No comments:

taming of the shrew | photos

Here are some shots from Eleanor Felton's apprentice production of THE TAMING OF THE SHREW, on now until Saturday night! 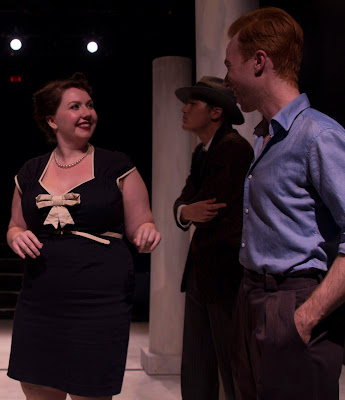 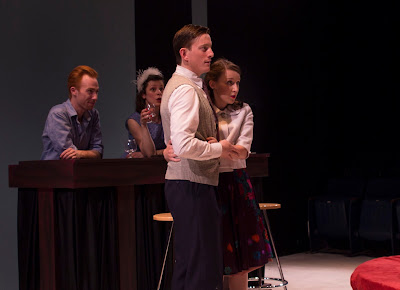 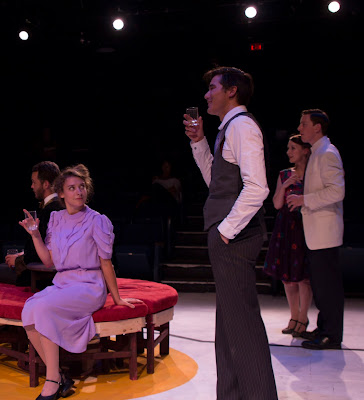 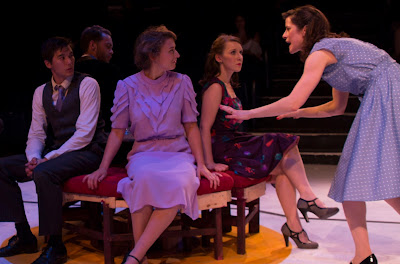 Posted by Andrea Loewen at 12:31 PM No comments:

Last Monday were the 33rd annual Jessie Richardson Theatre Awards!  We always love this opportunity to gather with the rest of the community and celebrate the season's incredible work.  This year was no different!  We were also thrilled for long-time PT designer Lauchlin Johnston - he has often been nominated for his work, and this year he took home the Jessie for his lighting design on THE WHIPPING MAN!  Congratulations Lauchlin, and everyone else for your honours.  What a party! 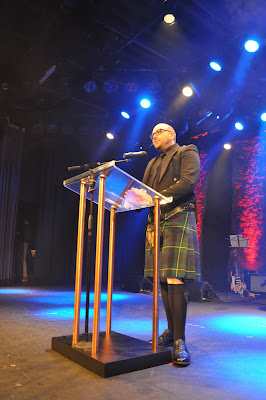 Posted by Andrea Loewen at 3:51 PM No comments:

taming of the shrew | opening night

Tonight apprentice Eleanor Felton's production of TAMING OF THE SHREW opens!  Her 1950's treatment sets the sexual violence of the story against a sexist era - we can't wait to see how it all comes together! 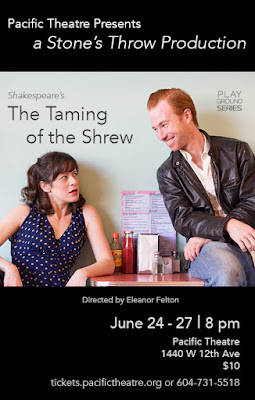 Posted by Andrea Loewen at 12:41 PM No comments:

Gina Chiarelli is a PT actress who's married to a painter, Tim Clayton. Want some art? He's your man. 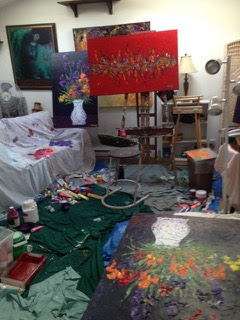 Apprentice Shona Struthers' production of AGNES OF GOD opened last night!  Congrats to Shona on producing your first show!  We've got some of her advance photos to share with you today.  You can see the show tonight or tomorrow only. 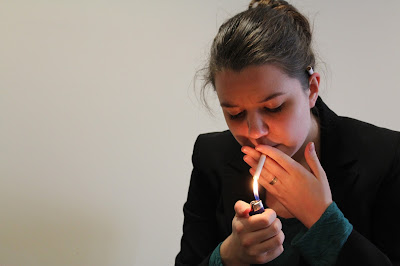 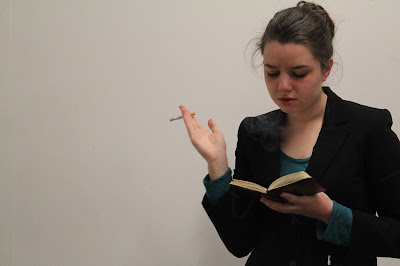 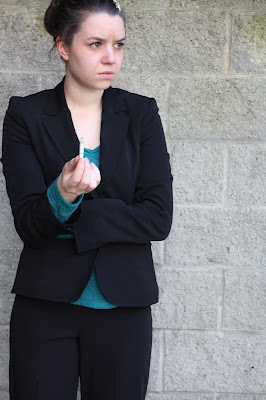 Posted by Andrea Loewen at 1:41 PM No comments:

your pt-friendly guide to the jessies

We already shared our excitement with you over our Jessie nominations from the past season, but what about all our artists who got nominations elsewhere?  We are so proud of all our artists and the work they produce, so as usual, here is your PT-Friendly Guide to the Jessies! 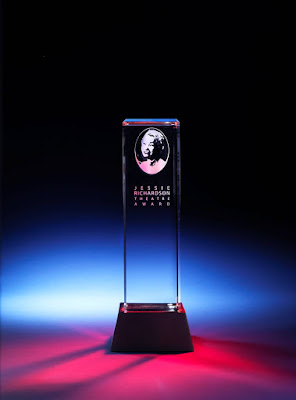 John Webber has designed for several shows at PT, most recently THE RAINMAKER.  His nominations come in for SAINT JOAN and ICELAND.  Drew Facey, nominated for his work with us in THE RAINMAKER, is also nominated for A TOI, POUR TOUJOURS, TA MARIE-LOU, BLASTED, and INDIAN ARM.  Steven Greenfield and Brett Ziegler have played in past musicals at PT and were nominated as part of the ensemble for RED ROCK DINER.

You saw Craig Erickson in LEAVE OF ABSENCE on our stage a few years back, and his nomination came in for his role in SPEED THE PLOW.  Kayvon Kelly (MOTHER TERESA IS DEAD) and Michael Kopsa (THE LAST DAYS OF JUDAS ISCARIOT) were also both nominated for their acting in MY RABBI and BLASTED respectively.

THE RAINMAKER's Curry Family patriarch, Andrew Wheeler, is nominated for THE COMPETITION IS FIERCE, and Peter Carlone, who won the Jessie for his role in THE FOREIGNER is nominated alongside Wheeler for HUNTER GATHERERS.  Also from HUNTER GATHERERS is Carolyn Rapanos, who designed our set for FREUD'S LAST SESSION.

Lauchlin Johnston is nominated for his design in THE WHIPPING MAN here at PT, but he also got a nod for his work in STATIONARY: A RECESSION-ERA MUSICAL.  Meanwhile, Amy McDougall, who was nominated for her costume design in THE WHIPPING MAN as well, is up for an award for THE GLASS MENAGERIE and James Coomber, who has composed many shows for us and played accordion at Celebrazione, has a nomination for his sound design for INDIAN ARM.

A few members from the nominated ensemble of OUR TOWN have spent time with us: Bob Frazer, Dawn Petten, and another nomination for Craig Erickson.  Director Richard Wolf (THE MEAL) is up for BLASTED.

Whew!  That's a lot of nominations for us to get excited about!  We can't wait to visit everyone at the awards on June 22nd.
Posted by Andrea Loewen at 10:32 AM No comments:

We're gearing up for another year of our popular Summer Theatre School!  We'll have camps for kids and teens this July! 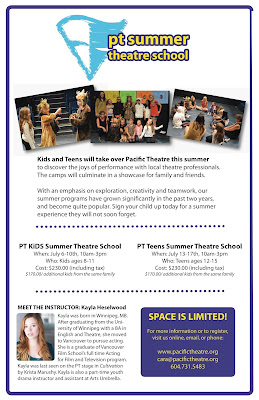 (Family Discount – each additional child from the same household is $170)

Every summer we host some of our emerging artists in our space, giving them the chance to produce passion projects, new scripts, and experiments that would otherwise be too risky if they were renting a theatre.  This year our apprentices have put together a fantastic line up of shows that couldn't be more varied for the Playground Series: 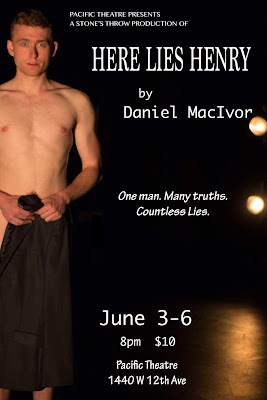 A man enters the room with a mission to tell you something you don't already know. A bizarre, unexpected comedy about love, loss, and the body in the next room

"Here Lies Henry challenges the conventional relationship between actor and audience and spins it completely on its head in a powerful exploration of purpose and humanity."
-Sometimes Melbourne

"Nothing is obvious; meaning is found in the tiniest things. Everything else is just posturing, lies. We are all the same, Henry says. We are born; we have some experiences; we die."
-Toronto Daily Extra 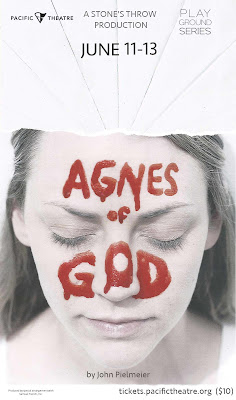 A pregnant nun, a strangled baby, an inquiring legal psychiatrist, and a determined Mother Superior. A messy and mystical search for the truth. A part of Pacific Theatre's Playground Series.

$10 in advance, by donation at the door.

THE TAMING OF THE SHREW by William Shakespeare • June 24-27

A glamorous retelling of Shakespeare’s controversial battle of the sexes. Trapped in the sexist world of the 1950’s, Kate and Petruchio fight each other to escape a world in which neither of them belong.

Two teenagers’ sexual awakening has been severely hampered by the fundamentalist fervor that runs like power lines through the Bible Belt.
Posted by Andrea Loewen at 10:48 AM No comments: