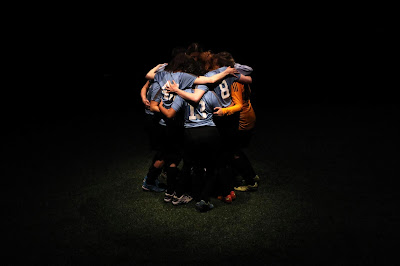 "I'm gonna go out on a limb here, and say The Wolves at Pacific Theatre might be the best show I will see this season - and yes I realize it's only October. Directed by Jamie King - perhaps the most mature of young Vancouver directors - this show is OUTSTANDING. I was especially impressed to learn how producers/actors Danielle Klaudt and Paige Louter had the wherewithal to secure the elusive rights for this Pulitzer-shortlisted play by a 27 year old first time playwright, then cast a soccer team's worth of kickass allstar acting talent to light up the stage." Tetsuro Shigematsu

"The Wolves is about family, community, and teamwork. It highlights bullying and acceptance, weaving in the mundane with the serious, and forces the talented cast to go through a roller coaster of emotions that one would with any chosen family."
- Alan Woo, Fun Fun Vancouver

"Director Jamie King and her cast are in perfect sync, nailing both the complex rhythms of the dialogue and the considerable physicality of DeLappe’s script. This show is a literal workout for the actors, who deliver many of their lines while doing running and passing drills on the tiny AstroTurfed stage... There’s not a weak spot on the field in this production. Go, team!"
- Kathleen Oliver, The Georgia Straight

"Like many stories that use sport as a metaphor for basic human endeavour, The wolves (the team, not the play) show us that a team of diverse personalities can move forward in the spirit of togetherness for the collective good."
- John Jane, Review Vancouver

"The Wolves is a smart and satisfying work, and it is easy to see why it is in such demand. Packing a lot into its relatively small container, more importantly, it also packs a punch."
- Mark Robins, Vancouver Presents

"I could say something about every one of these excellent performances, but the real strength of the show is its seamless ensemble. As #25 says, “Teamwork makes the dream work.” That’s as true on the stage as on the pitch, and these Wolves are certainly winners."
- Jerry Wasserman, Vancouver Plays
Posted by Andrea Loewen at 12:18 PM No comments:

We had a fantastic time opening THE WOLVES last weekend! Thank you to everyone who joined us, and congratulations to the wonderful team of artists who gave this show so much heart. Here are some shots from our opening night reception! 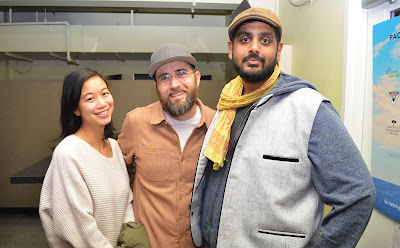 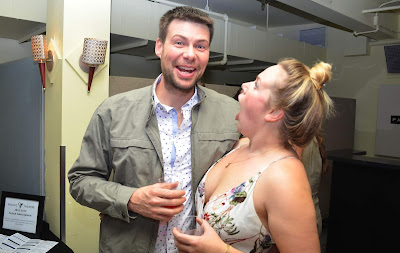 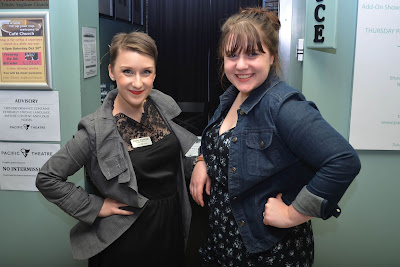 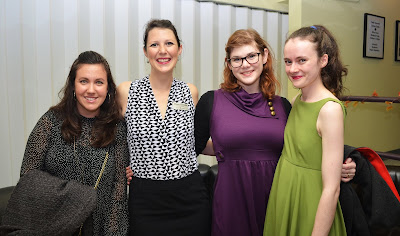 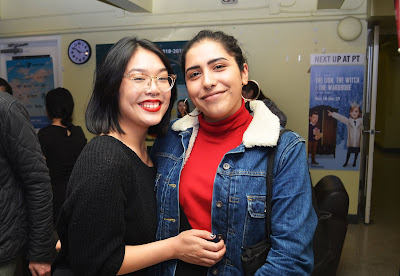 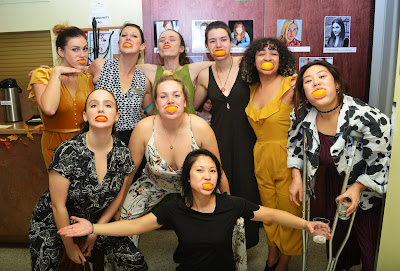 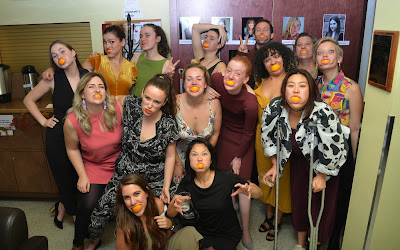 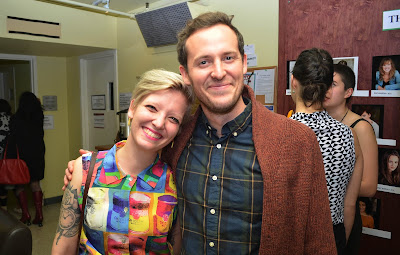 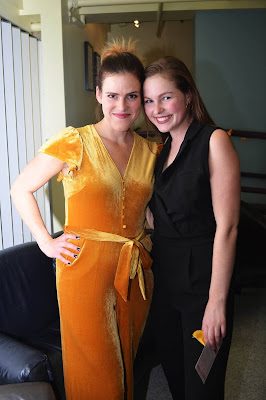 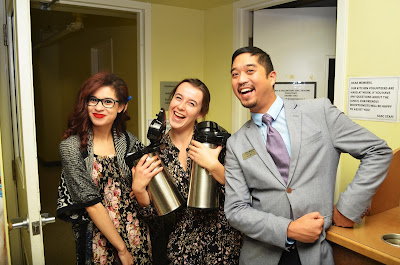 Posted by Andrea Loewen at 11:24 AM No comments:

the wolves | meet the cast

There is an incredible cast taking the stage for THE WOLVES! With a handful of former PT apprentices and a number of new-to-us artists, we are so thrilled to introduce you to the cast! Read below to get a little insight into what their personal connection is to the play or why they were excited to be a part of this production. 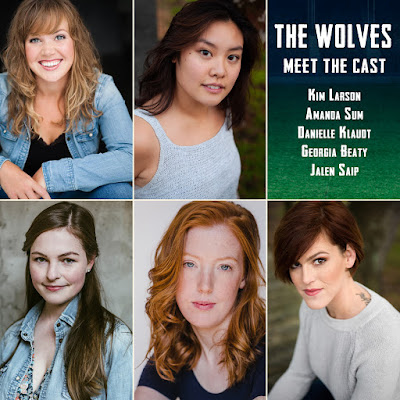 Kim Larson: "The interactions on stage feel very real to me. The hurricane of nervous energy that is involved in being a teenager (or human) is something I still feel."

Amanda Sum: "I think it is a gift to revisit material. Having set it down for a good year and a half and picking it up again, there's so much more to bring to it. We're all in a different place than we were last year. I know I've grown as an actor and an artist and I think we can add a freshness to the show while still keeping its big heart from our first time."

Danielle Klaudt: "Although I was never on a soccer team, despite my parents' best efforts, these group dynamics are so relatable. I've definitely been in friend groups like this one- whew getting along is complicated!"

Georgia Beaty: "This show is such a gift! The authenticity of the the text, the playful energy, and the complexities of these teenage girls is what I love about this play and these characters.
I am also SO thrilled to be able to work with this group of artists!"

Jalen Saip: "I have played competitive sports for 26 years. This play is like a snapshot of my teenage years in ice hockey and fast pitch." 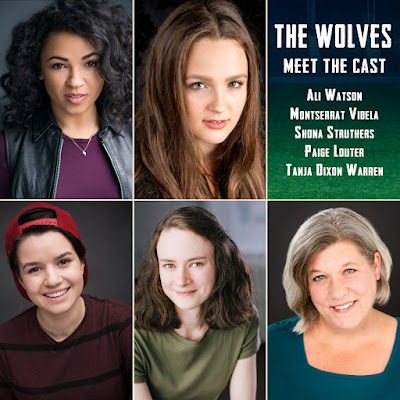 Ali Watson: "I do feel a lot of connection to my character, #13. She is the weirdo of the group and totally walks to the beat of her own drum. I have always identified as the weird girl in my friend group and I enjoy every second of having that title."

Monsterrat Videla: "I am interested in the gap between where we are and what we are taking in. What are we processing and how? Who are we within our social circle? Simply put, I am invested in these girls for their chaotic, nuanced lives."

Shona Struthers: "I played on a field hockey team at my high school for 4 years and this play is so eerily similar to the conversations we'd have, but I was absolutely never the captain. Our former captain went on to play for HARVARD!"

Paige Louter: "This remount is a dream come true, and I can't wait to take audiences on the journey of this play with us."

Tanja Dixon Warren: "I am jazzed about working with a pack of young up and comers / emerging artists who are full of talent, ideas and passion. I love the poetry and complexity of the script! I love that it has a young voice - which even I can remember having and relating to!!!"
Posted by Andrea Loewen at 12:52 PM No comments:

THE WOLVES started as an apprentice project produced by Paige Louter and Danielle Klaudt two seasons ago! Here's a throwback to the original Wolves crew - some of them are back this time around, and some aren't, but they are all wolves! Photos by Catchfall Photography. 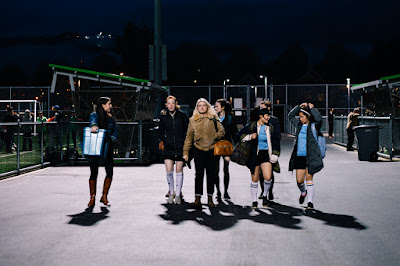 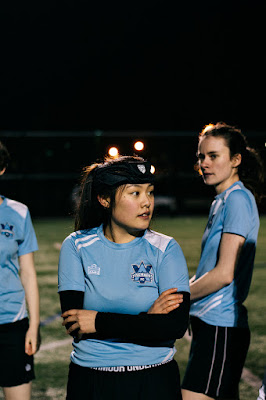 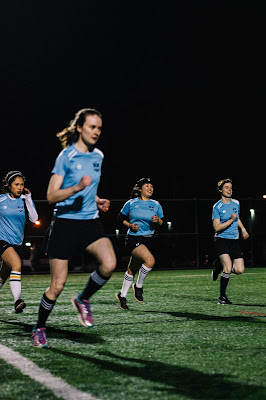 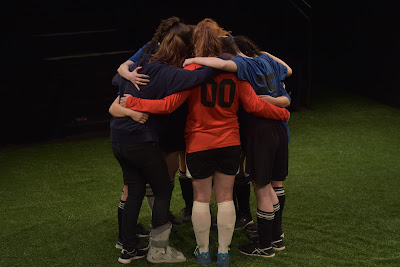 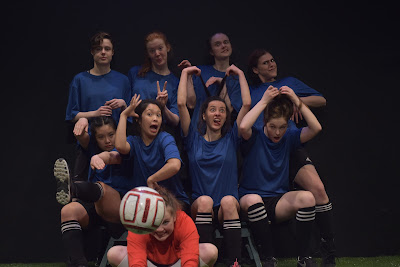 Posted by Andrea Loewen at 11:41 AM No comments:

It's time for THE WOLVES to move into the theatre! This show is fast, fierce, and powerful, and we cannot wait to bring it to our audience. Here are some promo photos by Riun Garner. 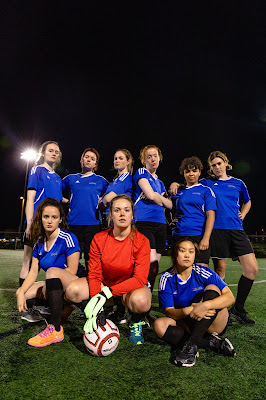 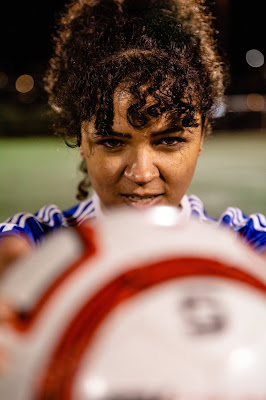 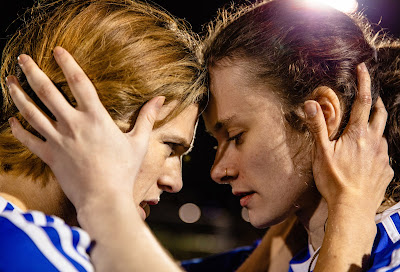 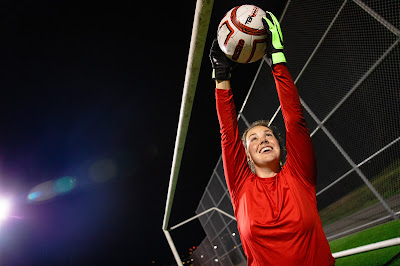 Posted by Andrea Loewen at 10:53 AM No comments:

The team for THE WOLVES has already been hard at work, getting ready to follow KIM'S CONVENIENCE (closing this weekend)! Here are some shots from their first read through of the script a couple of weeks ago. 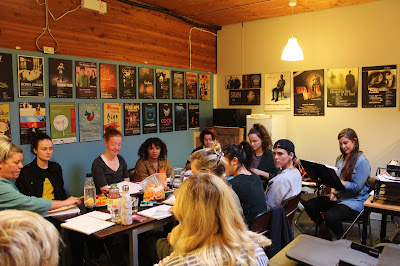 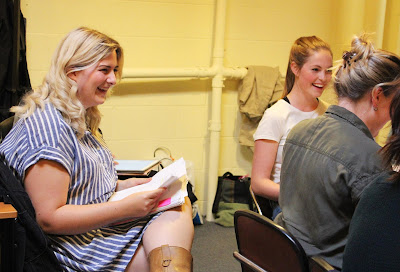 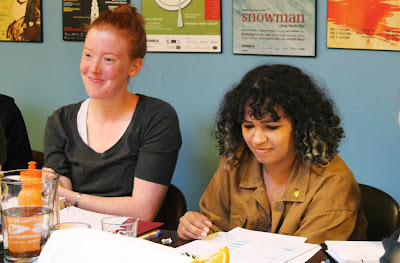 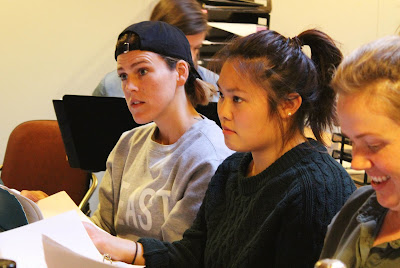 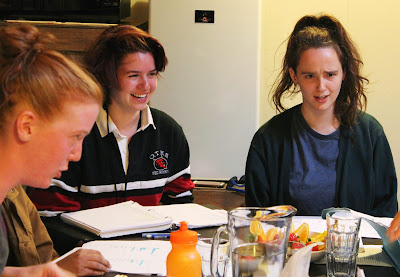 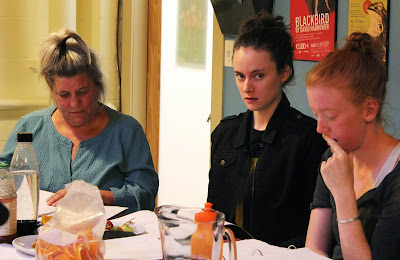 Posted by Andrea Loewen at 10:34 AM No comments:

KIM'S CONVENIENCE has been our first time working with a number of performers, including Jessie Liang. In her final year at Studio 58, we wanted to give you a chance to get to know her a little better. Here is a Q&A with her about her relationship with Ins Choi's hilarious and touching story. 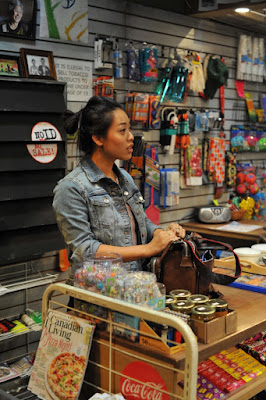 Audiences of the CBC show will have an idea of Kim's Convenience, how will the stage production distinguish itself from the TV show?

I feel the story told on stage delves deeper into the matters of family, legacy, and sacrifice than the CBC show. Of course, the TV show is also important and hilarious, but I think we are accomplishing different things in these individual mediums. I believe playwright Ins Choi once described the story for the stage as being the soul of the series on TV, and I 100% agree.

What did you find most exciting about the character Janet? Are there traits you share? Are there differences?

The most exciting aspect of Janet is how real she is. She is not a cute, clueless, or victimized woman - definitely not a "Manic pixie dream girl" type. Nor is she any other kind of cliché we typically see females of color commonly represented. Janet is grounded, determined, and smart. Just as much as she loves her family, they also often drive her up the wall, which makes her so darn relatable. Coming from an Asian family myself, I constantly found myself in a battle of wills. Performing what was expected of me and for the greater good of my family, but desperately wanting independence and the chance to pursue my dreams as an artist. So Janet and I are very similar in that aspect, although I do think she's more cheeky and clever, as well as stubborn and proud than I am!

Was there something about the process of getting the show on its feet that surprised you?

Every show is a journey: with different stories, casts and crews come different challenges. What was unique about working on Kim's Convenience was how welcoming, patient, and generous every single person has been towards each other. From the first audition to the first read through, to these last rehearsals before opening, everyone has been incredibly supportive, respectful, and accommodating. Our director, Kaitlin Williams, is so gracious and thoughtful, she really created a safe space for us to explore the text, try new things (without letting us fly off the handle), and keep challenging us to go deeper every rehearsal to enrich the world and the lives of our characters. I can say with confidence that I feel spoiled. This will be a hard experience to top and I haven't even graduated theatre school yet!

What was the most challenging part of the show?

I related so much to this play, the Kim family, and Janet that it was challenging for me to separate myself and my own history and experiences from what's going on in the show. My family immigrated from Taiwan to Brasil and the majority of my family were store owners, with hopes and dreams that my sister and I would become successful doctors or lawyers. There are almost too many parallels between my family and my personal life with Choi's play to count. So, both Kaitlin and Soran helped guide me in finding who Janet is and create a clear distinction between us.

What is the one thing you hope audiences take away from this play?

I hope people are moved by the story as much as I was when I first read it. Whether they laugh or cry, I'd like people to take the story and it's themes home with them. And as a bonus, that they think about continuing to support the work of diverse and marginalized artists like the ones involved in this production of KC.
Posted by Andrea Loewen at 11:17 AM No comments: