corleone: the shakespearean godfather | about the godfather

CORLEONE: THE SHAKESPEAREAN GODFATHER is based off of the first installment in The Godfather trilogy. Don't have time to see the film or read the book before coming to see the show? No problem! Below are a few key pieces of information about the original novel and film. Now, you don't have to be a Godfather expert to see and enjoy Classic Chic's telling of CORLEONE. In fact, all you need to do is grab a friend and a ticket and the ladies will provide you with (arguably) all the best parts of the story in 75 mins! 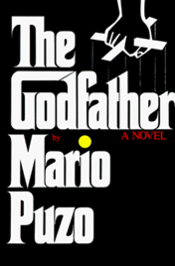 Corleone: The Shakespearean Godfather, is based on the original story of The Godfather, written by Italian American author, Mario Puzo. The first book, written in 1969, is a crime novel following the Corleone’s, a family part of the Sicilian Mafia, living in New York from 1945-1955. The family is headed by Don Vito Corleone, nicknamed the Godfather, who became closely associated with the Italian Mafia. The novel also gives a snap shot into Don Corleone’s childhood and through the beginning of his time with the Mafia.

The book cover of The Godfather was created by S. Neil Fujita. The design is a large Gothic-style letter G with a long curl at the top emphasizing the first three letters of the title, accompanied by the hands of a puppeteer holding a set of strings over the “father” portion of the word.

The popular misconception that Puzo first deemed the title Godfather to hint to the underworld in his novel, has created some controversy in the media. In fact, the term The Godfather was originally used in Joe Valachi’s testimony during the 1963 United States congressional hearing on organized crime. Valachi used The Godfather in connection with the then present day Mafia. 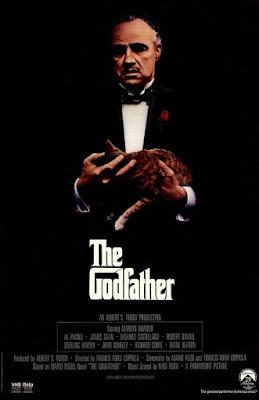 The film and the novel are very similar in content; however, the film leaves out detailed back stories for the supporting characters. The Godfather Saga was later released and adoring fans were given an in-depth look into the history of the remaining Corleone’s, who were not fully featured in The Godfather trilogy.

Audience advisory: This next section contains spoilers. Proceed at your own risk.

The most significant difference between the film and the novel is that the novel concludes with a promising, upbeat Kay Corleone, where she accepts Michael’s decision to take over his father’s business. The film, however, highlights Kay’s discontentment with Michael’s decision to take over for his father. It is in Michael’s ruthlessness to and determination where the second and third films are conceived and birthed to complete the trilogy.