PT got a sneak peak of the costume design for CORLEONE: THE SHAKESPEAREAN GODFATHER, at our meet and greet last week with the Classic Chic ladies. Costume designer, Chantal Short was given a tall order; Shakespeare, 1940's, cross gender, and a cast of 12 women, but she bravely accepted the challenge! Read on to find out how Chantal brings a little bit of Elizabethan flair to the classic 1940's design. 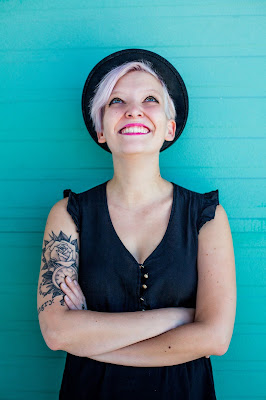 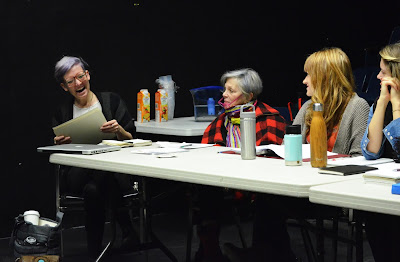 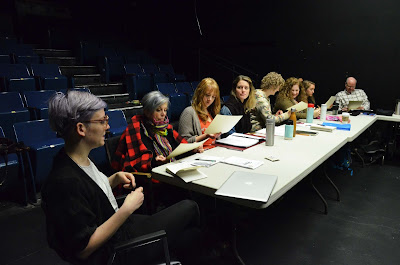 I came to Classic Chic, and CORLEONE as an invitation from Corina, who I'd recently worked with on, FLARE PATH for the Slamming Door Artist collective. FLARE PATH was set around the same time as the Godfather, the 1940s, so doing both shows back to back has definitely helped me get a handle on the period. I have a huge passion for vintage shopping and WW2 era fashion has always been one of my favorite periods. There's a certain romance in the clothing that I feel is really lost nowadays: it was really about complimenting the epitome of the feminine and masculine forms. I love the idea of getting dressed up daily, because it mattered how you presented yourself to society. Obviously this polarization was deeply rooted in sexism (you never would have seen a women wearing men's style clothing then!), so it's fun to be able to put a spin on it for the cross gender aspect of Classic Chic's take on the show.

Costuming a gender bending show was something I'd never done before, and like any artist, I think a new challenge always brings excitement and curiosity. Coupling that with creating a look all my own for a really iconic story made it an offer I really couldn't refuse! The Shakespearean element added to the story was really interesting to me too. I love the idea of trying to bring an anachronistic fusion to the costumes: a little bit of Elizabethan flair to the classic 40s design. I was super influenced by Valentino's fall couture collection this year, and Alexander McQueen's fall 2009 men's collection. Check them out! Really cool examples of bringing renaissance style into modern clothing. We're working with the idea of maybe adding some codpieces, some doublets, some ruffs. It's interesting because men's fashion by Elizabethan times would be considered really feminine nowadays. It was very common for men to wear tights, lots of jewelry, even makeup. We're trying to bring all these elements into Corleone for a really cool fusion of gender/time/ and story.

Ultimately though, I'm just really excited to work with a super kickass group of women who want to make good theatre. I can't think of many stories that are out there with big female ensemble casts that pack the same kind of intensity as Corleone. I just saw a friend comment on facebook the other day about how tired she is of female-centric stories just being about broken hearts, or virtue, or motherhood. Not that they're not important and valid topics, but sometimes girls like to throw down too! So I love that Classic Chic is rejecting the constraints of classic women's tropes, and letting girls get their gangster on! We just had our photoshoot the other day, and I was totally intimidated by how formidable our corleone boys looked! I'm really looking forward to sharing this one with the audience!

www.chantalshortdesign.com
Posted by Unknown at 11:34 AM