While Richard Wolfe was directing THE BUSY WORLD IS HUSHED - about a woman working with a new non-canonical gospel - he was working on this project, derived from the Gnostic Gospels - and, curiously enough, The Gospel Of John... 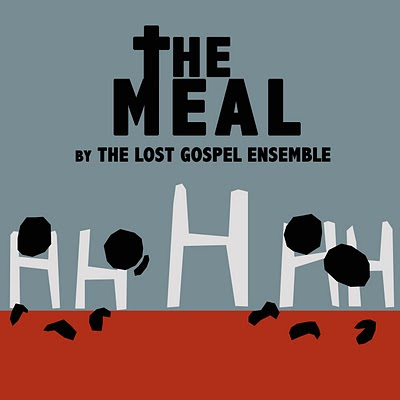 The Meal is a funky and theatrical new song cycle by Rick Maddocks, inspired by the Gnostic Gospels and Bunuel's film The Exterminating Angel. This world-premiere performance features Rick Maddocks and the Lost Gospel Ensemble, which includes musicians from a host of local indie bands, including The Beige, Fond of Tigers and The Nautical Miles.

The Georgia Straight describes Maddocks’ work as “smart and angry songwriting, given a perverse sheen of beauty,” while Greg Potter of TV Week says, “Rick Maddocks’s lyrics are pure poetry.

The Meal is part of the PuSh International Performing Arts Festival’s Club PuSh. There is one show only on Wednesday Feb. 2nd at 8PM at Performance Works on Granville Island. Tickets are $25 at Ticketstonight.ca or 604-684-2787.