Next in our series of apprentice introductions: Kim Larson!  Our apprentices are all graduates from theatre training programs, on the verge of launching their professional careers. The apprenticeship program is part mentorship, part creative residency, allowing these fledgling artists a place to grow their craft, experiment, create, and try new roles in a professional environment, all while making valuable industry connections. 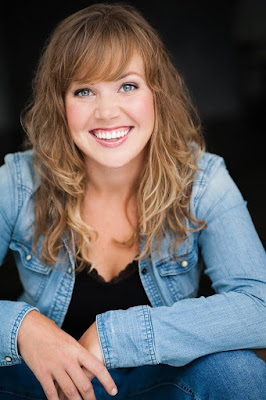 Kim is a Studio 58 alumna with a passion for acting, writing, and good storytelling in general. She also gets pretty excited about knitting and Lush bubble bars. Kim’s roots are in Mission, BC, where her parents still live on the farm she was brought home to when she was born. Her Auntie Janet used to take her to Pacific Theatre shows as a kid/teenager, and it was always a special treat to spend the drive home hashing out what they had seen on stage. She is thrilled to have come full circle and now get to be a part of those shows. 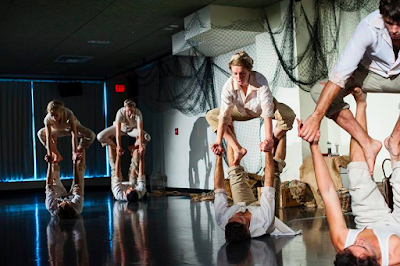 What were you doing last year?

What are your favourite shows that you've worked on so far?

“All My Sons” (Arthur Miller) and “Grease”. They are opposite ends of the spectrum acting wise, but I loved them both dearly. I did “All My Sons” in high school and fell in love with acting. I did “Grease” at Studio and got to sing/dance/pretend fall in love every night. It was the most fun part of my day every day for 30 some shows. 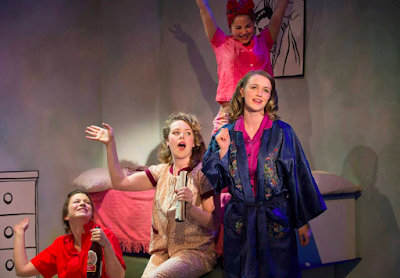 Knitting! Seriously, I’m ballin’ at it. Get it? Ballin…

What is the number one thing you are excited about doing during your apprenticeship?

Being on stage! And becoming a part of the PT community. 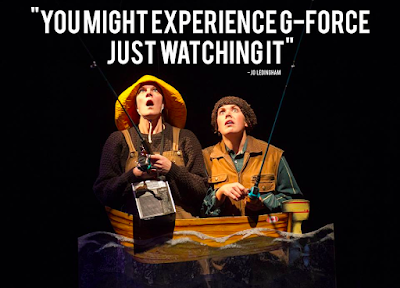 Where did you train in theatre?

What was your favourite part of your training?

Graduating. Haha! Just kidding. Studio has an amazing creative atmosphere and it was such a gift to be able to get up every day and know that I would see work that was inspiring and pushed me to be a better artist from my peers and instructors. The “hive mind” of excitement and support was like nothing I had experienced before. 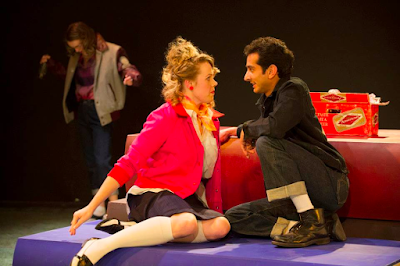 Is there anything coming up in the apprenticeship that will be totally new to you?

All the administrative stuff. I’ve done plenty on stage and back stage, but never in the office!

What would be your top three categories in Trivial Pursuit?  (Invented or real)

Confession: I have never played Trivial Pursuit.
Posted by Andrea Loewen at 10:50 AM