Our panel discussion SEXUALITY, SPIRITUALITY, AND BULLYING is this weekend!  Featuring QMUNITY, Dignity Canada, and Lucia Frangione and moderated by Caroline MacGillivray, we are thrilled to deepen the conversation around some of the issues raised in LEAVE OF ABSENCE. 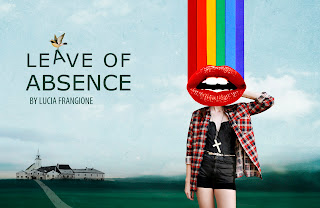 All are encouraged to attend, even if you haven't seen the play!

**Please note: The start time really is approximate!  We will start after we can get ourselves reset from the matinee performance**

Robin Perry: As the Education+Outreach Community Developer at QMUNITY, BC's Queer Resource Centre, Robin works towards the health, wellbeing and inclusion of queer and trans* folk. Robin's roles include facilitation of queer competency trainings and other workshops, co-ordination of a wide range of social and support groups and community events, development of print resources, and much more. Robin comes from a social work background in South Australia.

Denis Benoit: Denis was born, raised, and educated in the Edmonton Catholic school system. He studied for the priesthood with the Franciscans in Santa Barbara, and returned to Edmonton, leaving the Fransciscan Order after two years. In 1982 he joined the Dignity Edmonton chapter, and was president of Dignity Canada from 2007-2011. Presently, Denis is the liturgy co-ordinator for the Vancouver chapter. He is concerned about bullying in general, whether physical or verbal.

Caroline MacGillivray: Caroline is the National Executive Director and founder of Beauty Night Society. MacGillivray, a Gastown Actor’s Studio Graduate, believes that healthy self-esteem can be fostered through entertaining and interactive educational programming. She has been honoured to be a Flare Volunteer Award recipient, Skakti 2012 Community Spirit Award, Spirit of the Crane Gold Community Award, MetoWe Finalist, 2-time Woman of Worth finalist and five-time YWCA Woman of Distinction Nominee. Caroline also hosts the radio show Sexy in Vancity.
Posted by Andrea Loewen at 2:00 PM