It's the last day of the In Tune conference, but still worth posting about and still worth checking out! This year PT folk Kaitlin Williams and Chris Lam are involved in some of the performances. Check out their press release, and what's going on today, below! 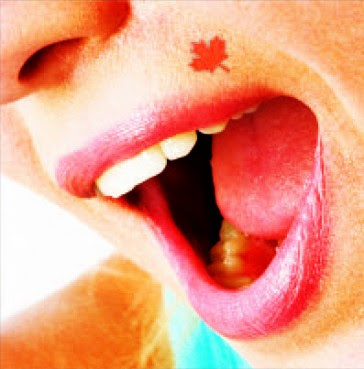 Following the success of the 2011 In Tune Conference, the event returns to Granville Island in late June 2013, animating Granville Island with a full palate of events that explore and celebrate the creation of original Canadian musicals and music theatre. Co-Curated by Touchstone’s Artistic Director Katrina Dunn and the Arts Club’s Literary Manager Rachel Ditor, In Tune’s nine action-filled days combine the discussion and networking of an industry conference with the excitement and innovation of a development event. The many public offerings allow audience members a great glimpse into the newest Canadian musicals in development, and the ideas that are moving the form forward.

Showcase highlights include the Canadian Songbook Cabaret, curated by Musical TheatreWorks’ Barbara Tomasic and hosted by Jay Brazeau, featuring rarely heard treasures from the Canadian songbook performed by Vancouver luminaries. Also of note is In Tune’s Feature Presentation: Tom Pinkerton: The Ballad of Butterfly’s Son, with book and lyrics by Hiro Kanagawa and music and lyrics by David MacIntyre. Come and experience 30 minutes of this in-progress stunning new work, which follows on from the events of Puccini’s opera Madama Butterfly. Robert McQueen directs this excerpt, sung by some of Vancouver’s finest, and followed by audience feedback. Not to be missed is Peter Jorgensen leading Michael John Lachiusa and Sybille Pearson through a comprehensive public interview, delving into their career highlights, their creative process, and the business aspects of writing musicals. And capping off In Tune are several sessions shared with the overlapping conference of the Literary Managers and Dramaturgs of the Americas, which include Live Action Case Studies of 10 new musicals in development and a panel discussion on the emerging field of musical theatre dramaturgy from a cross-border perspective.

Get a taste of the most current and innovative work in the genre with this showcase featuring short excerpts from 10 new Canadian musicals, including works currently in development or musicals that have been recently premiered. Along with each excerpt are short descriptions of the unique creation process that led to each work. A live action consideration of how musicals are being created in this country.

Hosted by In Tune Co-Curator Katrina Dunn.
In conjunction with the LMDA (Literary Managers and Dramaturgs of the Americas) Annual Conference

An international panel on new musical development and dissemination featuring leading figures from the US and Canada. Moderated by Canadian dramaturg Paula Danckert, this debate is designed to spark conversation leading to new opportunities for composers and book writers in Canada.

At the end of Puccini’s opera Madama Butterfly, the 3-year-old child of Cio-Cio and B.F. Pinkerton is whisked away to America to be raised by Pinkerton and his American wife, Kate. Set 20 years after these events, Tom Pinkerton finds the child struggling to become a man and searching for the mother he never knew. We travel with the youth, now called Tom, as he revisits the Nagasaki of his birth to find love and self-realization. But is he fated to repeat the sins of his father? After a workshop as part of In Tune, our Feature Presentation shows 30 minutes of this stunning new work performed in a staged reading, sung by a cast led by Alessandra Juliani as Tom. Audience feedback to follow.
Posted by Andrea Loewen at 9:36 AM