You've seen Anthony F. Ingram on the PT stage many times, most recently REFUGE OF LIES and THE LAST DAYS OF JUDAS ISCARIOT.  This time around he's sitting in the director's chair and he's sent in some notes on PLAYLAND, opening this Friday, November 5th! 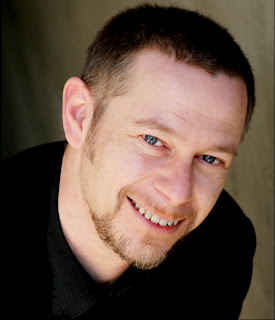 What amazes me about Athol Fugard is his optimism. He’s a man who has watched the injustices around him and refused to accept that they could not be changed. He sees the humanity in those that his society discounted and denigrated. Me, I’m a pessimist. I expect the worst from humanity and I see my expectations confirmed everywhere I look. So, I’m fascinated by Fugard’s dogged optimism and his faith in the possibility of good triumphing in the oddest places.

Playland – set on the New Year’s Eve before the release of Nelson Mandela from prison – anticipated South Africa’s Truth and Reconciliation process. And while we in the West seem to think that South Africa is “fixed”, it’s not. The consequences of European subjugation are still playing themselves out in South Africa and throughout the African Continent. And, as a Canadian of European descent, I find myself ashamed of what my ancestors perpetrated not only in Africa but right here in America. When the Canadian government made its apology to the First Nations, I wept – in fact, I still get choked up when I think about it and not because I feel the government had done a good and brave thing, but because of the shame I feel over what has happened wherever and whenever Europeans have pushed other cultures aside. I can’t help but ask, “How can a simple apology, no matter how contrite, possibly make up for the decimation of a way of life, the slaughter of almost an entire population, the dehumanization of people just because they don’t speak our language or wear the same clothes as us?” Really, I get so angry at the arrogance. And because I don’t have an answer, I feel so helpless in the face of the generations of injustice. And then there’s Athol Fugard, who somehow manages to distill what to me is such a massively overwhelming chasm between two peoples, into two men who are guilty of fighting on opposite sides of the race war – both with blood on their hands and hatred in their hearts. He puts them face to face and we get to watch them spar, dance, bleed, weep – and somehow, and I’m still trying to figure out how, Fugard imparts this hope. That’s what pulls me into this play. I’m trying to find Fugard’s hope. Because, he doesn’t give us a couple of nice guys here. These two guys are culturally and politically poles apart. The violence and hatred that they hold toward each other is right on their skin. But Fugard sees hope!

From a professional point of view, I love working with Pacific Theatre and in the magical alley space. Ron Reed and Pacific Theatre have given me so many opportunities to take first steps into various parts of my art. Ron has always been there encouraging me to take risks, and giving me room to make mistakes and explore some the crazier ideas I’ve had – right from the beginning of my career. And the other great thing about Pacific Theatre is that they’re willing to explore uncomfortable ideas. They take their audience to places they can’t or wouldn’t go in “real life”. Pacific Theatre is willing to offend a part of their audience, and then they’re willing to talk to that offended audience in an intelligent way. They stick to their principles. Sure they have a comfy Christmas show – though not all of them are so comfy – and they have a loopy comedy that everyone can enjoy, but Pacific Theatre is going to take you into the heart of a Nazi war criminal and make you examine the ease of some of your convictions. Well, this time we’re taking you to Apartheid Era South Africa and we’re going to drop you right into the middle of a cage match.