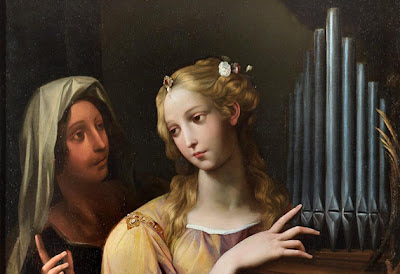 An intriguing programme of recently unearthed vocal and instrumental music of the 16th and 17th century, much of it written behind convent walls where both composition and performance were officially forbidden. An early example of the women's movement, expressed through the power of music, this music also reveals these extraordinarily beautiful works, often written in secret, and in many cases now being heard for the first time since they were first created.

tickets
Posted by Ron Reed at 4:50 AM