the seafarer | the hellfire club

THE SEAFARER is inspired, at least in part, by the old Irish tale of the Hellfire Club. 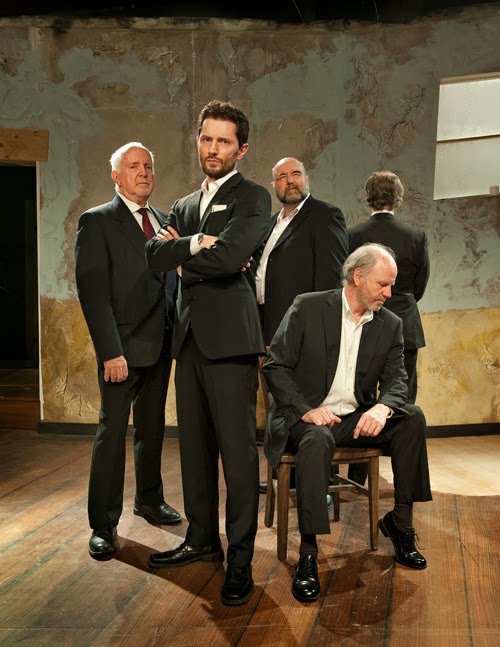 On the mountains overlooking Dublin from the south west, there is a ruined hunting lodge that Ordnance Survey maps call “Hell-Fire Club’. This building is said to be a site of satanic and other occult practices, and that the Devil himself has been there.

The tale that THE SEAFARER is based on tells of a group of powerful men playing a game of cards at this residence. They were drinking and betting recklessly money, horses, land, and women, when a knock sounded at the door. They let a well-dressed, soaking wet man and invited him to warm himself by the fire and join the game. With a quiet confidence he won game after game, slowly leaving losing players in his wake as they gave up and turned in to bed. When his lone opponent nervously drops a card, he bends to pick it up and sees the man's cloven hooves under the table. Recoiling in horror, the visitor vanishes through the ceiling in a ball of flame, leaving a thunder-clap and the smell of brimstone behind.
Posted by Andrea Loewen at 11:18 AM

Email ThisBlogThis!Share to TwitterShare to FacebookShare to Pinterest
Labels: Pacific Theatre, The Seafarer