Scrooge. From the colloquial or vulgar word "scrooge": to crowd or squeeze.

"Oh, but he was a tight-fisted hand at the grindstone!
A squeezing, wrenching, grasping, scraping, clutching, covetous old sinner,
hard and sharp as flint
from which no steel had ever struck out generous fire."

So powerful is his introduction that "Scrooge" has entered the language as a synonym for "miser."

"The character of the old miser we were, at the outset, disposed to consider extravagant, but when we paused to recollect what has been revealed by the annals of real life, we perceive that Mr. Dickens's fancy had not done any outrage to nature, which has produced monsters quite as hardened, quite as gripping and penurious as Mr. Scrooge." The London Sunday Times, January 7, 1844

The Atlas (December 23, 1843) submitted that Scrooge is "the type of thousands in England." They believed in what Thomas Carlyle called the "Gospel of Mammonism." Success was now determined by how much wealth one accumulated. Hell, Carlyle lamented in Chapter 2 of Past and Present (1843), had become in nineteenth-century industrial England "the terror of 'Not succeeding'; of not making money, fame or some other figure in the world - chiefly of not making money!"

"The true test of a social or political philosophy, after all, is not what riches or material wealth it tends to produce, but what sort of men." The Atlas

Thomas Hood may have been the first to use the name as an adjective when he wondered in his review of A Christmas Carol in Hood's Magazine (January 1844) "whether we have not grown Scroogey?" He worried that, like Scrooge's, "our own heads have not become more inaccessible, our hearts more impregnable, our ears and eyes more dull and blind, to sounds and sights of human misery." 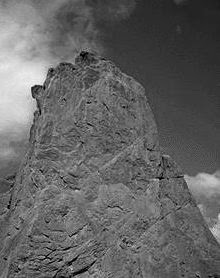 "After a long period of sadness and trouble, a consequence of Israel's disobedience, Israel repented under the leadership of a new priest and judge, Samuel. God restored their political security, and the people, for their part, re-committed their hearts and minds to their Lord.

"Samuel placed a large stone at the place where this restoration began. He publicly dedicated it as a monument to God's help, God's faithfulness, God's eternal covenant. And as the people got on with their lives, the stone stood there, visible to all who passed that way, a reminder of judgment and repentance, mercy and restoration.

"The Ebenezer stone represented a fresh beginning, a reversal of course for God's people."