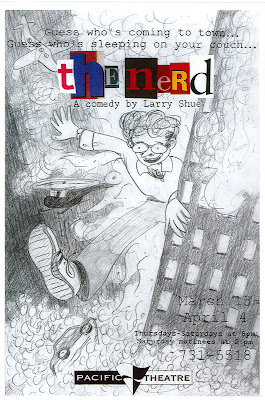 "As long as you are alive, you will have somebody on earth who will do anything for you" - words written by a soldier to the man who saved him from certain death on the battlefield. Years later, the hero shows up unexpectedly to collect - a hopeless, bumbling oaf with no social sense, little intelligence and less tact - and overstays his welcome to the point wehre his host is seriously considering the terms of his vow - "As long as you are alive..."

For an extra throwback, check out this review I was able to dig up for the original production - who knew people were even posting reviews online yet at that point!
Posted by Andrea Loewen at 12:58 PM