Below is Lucia Frangione's introduction in the published edition of ESPRESSO.  A great piece of the background to the show. 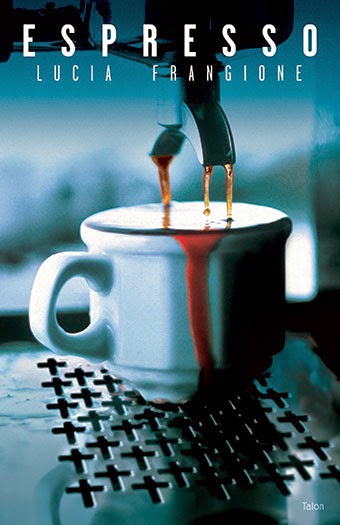 This play is a dark dream I’ve managed to stab onto paper. Real events swirl together with wild metaphors, fantasies, and nightmares. I first came up with the idea a decade ago when I stood beside my father’s hospital bed, his chest broken open and his heart lacerated from falling asleep at the wheel. His condition was so fragile, a few excited palpitations could kill him. Through my tears I was guiltily piecing together a plot line, thinking: “What a fascinating way to die.”

Amante means “lover” in Italian, and that is the best way I can describe the spiritual energy which comes to me in times of loneliness and grief. Maybe he’s female fantasy, maybe he’s an undigested bit of beef, a hormonal flush, a chemical imbalance in my brain, or maybe he’s Jesus. I don’t know. But I’m a lucky woman.

It is entirely biblical for Christ to manifest himself as the groom, but we usually picture him at the altar in the suit, not in the honeymoon suite alive and kicking. It shocks even me to read the erotica of Song of Solomon. While I was writing this play, Amante kept barging into my brain. He made sure I didn’t skip over the hard parts, he demanded I give all my characters a chance to explain their side of the story. Amante challenged me to put him on stage and come out of the closet as a Christian and a Sensualist, and explore the metaphors that have been fig-leafed by the church for centuries. He’s probably going to get me excommunicated. Oh well. He’s worth it.